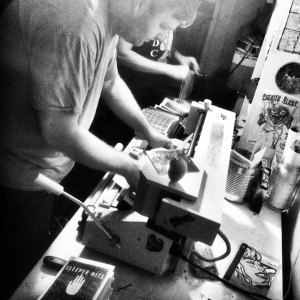 Kalen: My friend Chris Wesley and I had been talking about making an anonymous poetry zine, and wanted our friends to contribute. All of us helped make the first two issues of what we called Poets Anonymous. The zines were made cheaply and DIY with ten poems by ten poets in each. I printed a few on my printer until the ink ran out and Chris printed the majority at his mom’s work.  END_OF_DOCUMENT_TOKEN_TO_BE_REPLACED

For more than fifteen years, Inprint has been proud to serve as host to First Friday. First Friday is the oldest poetry reading series in Houston, held on the first Friday of every month since 1975. The series is coordinated by Robert Clark and features a wide range of local and regional poets. Each evening begins at 8:30 pm with a reading by the featured poet, followed by an open mike. Clark and many involved in First Friday also help organize the annual Houston Poetry Fest, which takes place every October at the University of Houston Downtown.

On June 5, First Friday will feature Kenan Ince, a Houston writer to be reckoned with. A Dallas native, Kenan is currently a PhD student in Math at Rice University. Well-known in local writing circles, Kenan has given many readings around the city, was a juror at Houston Poetry Fest, and has been published in Word Riot, The Hartskill Review, and HeART Online.

Inprint blogger Sara Balabanlilar says she has encountered Kenan’s work in two very different Houston venues—the now defunct East Side Social Center (a beloved punk and DIY venue with the curated remains of Sedition Books’ collection) and Rice Gallery, in a night of poetry that responded to the current gallery installation. Both readings left an impression on Sara: “The audiences of the two spaces were entirely different, but Kenan handled both with ease.  During both readings, Kenan drew listeners into a series of beautifully imagined thought experiments that rendered them silent. His poetry is activist, certainly, but also with an amount of nostalgia that offsets a sense of political cliche. His metaphors are beautiful, extended forays into experiences that are entirely different from our daily Houston lives.”  END_OF_DOCUMENT_TOKEN_TO_BE_REPLACED

When we think of writing conferences, we always think they take place somewhere in the Northeast, along a beautiful coast, in a remote location, or in a popular tourist destination. Houstonians however do have access to one of the best writing conferences right here in Houston.

Boldface is a summer writing conference run by Glass Mountain, the University of Houston undergraduate literary journal. The journal caters to undergraduates across the nation, but the Boldface Conference is open to any emerging writer who is interested in signing up. Inprint blogger Sara Balabanlilar interviewed Joseph Roberts, the head fiction editor of Glass Mountain, to get more information about this year’s Boldface Conference. The visiting writers to the conference include poet Blas Falconer, non-fiction writer Gail D. Storey, and novelist Coert Vorhees. To register and learn more about the Boldface Conference click here.

SARA: Tell us a little bit about Boldface.

JOSEPH: Boldface is a weeklong conference for undergrads and local emerging writers. The first Boldface was in June 2009. This year the conference will last from May 18th to the 22nd. The conference itself consists of various writerly things such as workshops (run by UH’s own Creative Writing Program graduates), Master classes (also run by grad students) where all sorts of different aspects of writing are taught or discussed, to visiting writers and open mics throughout the week. END_OF_DOCUMENT_TOKEN_TO_BE_REPLACED 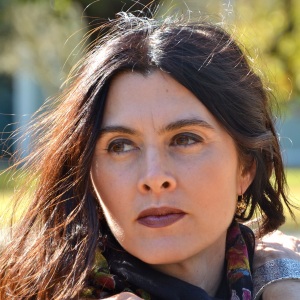 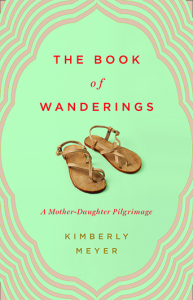 When Meyer’s small trips around the U.S. turn into a grander trip with her oldest daughter, Ellie, following the journey of a prolific medieval friar, her goal remains the same. She follows Felix Fabri’s journey as closely as she can, visiting chapels, churches, and pilgrimage sites just as he did. Her route starts near Fabri’s hometown of Ulm, then quickly moves into Italy, along the coast of eastern Europe, down through Greece into Israel and eventually Egypt. However, Meyer’s efforts to mirror Fabri’s tracks are undercut almost immediately, and regularly again throughout the trip. In Italy, she and Ellie get sick. Later, their guide through the desert turns out to have dubious plans for them. The idea of recreating perfectly a centuries-old pilgrimage path becomes imperfect. END_OF_DOCUMENT_TOKEN_TO_BE_REPLACED