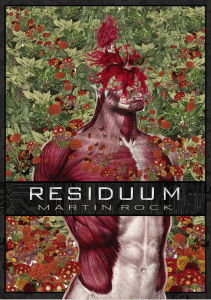 With April around the corner, we thought we’d check in with one of Houston’s literary hot spots, Brazos Bookstore, to get the scoop on what they have specially planned for National Poetry Month. Here’s what Ben Rybeck, Marketing Director of Brazos Bookstore, has to say…

Ah, springtime—can you smell it in the air: scents of decay, of heartbreak, of existential dread? With the blossoming flowers and warmer days comes National Poetry Month. At Brazos, we love hosting poets—especially the ones who bum our shit out (no, no, in a good way!)—and to celebrate poetry in April (insert some stock phrase about how it’s “the cruelest month”), we have a roster of the local and the national, the burgeoning and the established. Here are three such upcoming events:

Houston poet Robin Davidson is a boss—but you don’t have to believe me: her boss-ness has been confirmed by official government decree. Yes, Davidson is Houston’s current—and second—Poet Laureate (she’ll finish her term next year). It’s a magnificent position—the kind that seems, in its own way, as far-fetched as wanting to be an astronaut, or a president. Wait, you can be a poet—like, officially?? (Mammas, don’t let your babies grow up to be poets? No, I guess I should consider my audience here.)

But Davidson also runs Calypso Editions, which is another rare thing: a thriving poetry press—and right here in Houston, no less! So join us for a collection of Calypso poets reading their works. Nobody should ever forget: Houston is a serious poetry town—take that, Austin snobs!—so come honor Calypso, one of our great treasures.

Consider, first, Tamblyn: yes, she’s an acclaimed actress, but her poetry—in which she demonstrates serious talent that immediately dissuade any notions of “dilettante”—zooms in on pain and sadness and untimely deaths, namely those of young actresses like Marilyn Monroe and Brittany Murphy. Can these poems be tough? Sure—but Tamblyn reads her work like a madwoman, making her ghosts as real as the people standing right in front of you. So come check out Tamblyn’s skills on the mic! (Will there actually be a microphone that night? Maybe, maybe not. For now, let’s call the microphone metaphorical—because, goddamn, if you’ve ever seen Tamblyn read, you know that she don’t need no mic.)

As for Flynn? What’s left to say about Flynn and his feelings? You know him, you love him. He’s one of America’s most acclaimed poets and memoirists, and a University of Houston professor—a stand-up guy, mentor to many young authors-in-training, who writes about his messed up past with humor and grace. But in his newest book, My Feelings (out last June), he looks—maybe for the first time in his career—to the future, juxtaposing the death of his troubled father with his love for his young daughter and his notions of who she might become as she grows older, and which of life’s troubles she may have to face.

Plus, Tamblyn and Flynn are friends, and both whip-smart, so let’s hope for some snappy back-and-forth between them.

Ah, Martin—our rock, our rock star, whose scrappy success is of Rocky proportions. It took everything in our power at Brazos to NOT subtitle this event “Between a Rock and a Hard Place.” (Tired of the “rock” stuff? You may have come to the wrong place: I could keep this up all day. (Wait, no, actually I’m already out of ideas.))

We love Martin for a variety of reasons. Firstly, in his editorial role at Gulf Coast, he helped to bring its reading series back to Brazos. Secondly, his 2014 reading (with fellow Houston badass poet Erika Jo Brown) was a high point for us. And thirdly, his verse has mad skillz, yo, full of pop and intelligence. (Yes, Martin, feel free to use that blurb on your next book—especially the “mad skillz, yo” part.)

Anyway, Martin has a new one coming: a collection called Residuum, which has a bonkers-good cover and even better writing (this is one of those books people call “dizzying” and actually mean it). So Martin, on his own, should be enough to get your butt to Brazos—but another great thing about Martin is the way he connects with other like-minded poets, ever in search of new communities.

Evidence of this? For this event, you don’t just get Martin: you also get two other young poets, Emily Bludworth de Barrios and John Pluecker. (Poets travel in packs, you know.) See, here’s the thing about poetry and poetry readings: even when they’re at their darkest, they’re often pretty damn generous.

So what can I say? The air is feeling warmer already.

Check out these events and much more great April programming—including a 4/7 reading with best-selling author Ann Packer —on our website: brazosbookstore.com/events. We’ll save a seat for you!

Benjamin Rybeck is marketing director at Brazos Bookstore and the author of The Sadness, a novel forthcoming from Unnamed Press in June 2016. He is a regular contributor to Kirkus Reviews, and his writing also appears in Electric Literature, Ninth Letter, The Rumpus, The Seattle Review, The Texas Observer, and elsewhere.