This video has James Franco in it, who was a student of Gary’s at Columbia.  Other literary notables featured are Mary Gaitskill, Jeffrey Eugenides, and Jay McInerney. It doesn’t tell you what the book is about, but definitely gives you a glimpse into Shteyngart’s wacky sense of humor. Click here to watch the Super Sad True Love Story promo video. Another memorable video, entitled Super Sad True Book Club, features Paul Giamatti and Gary Shteyngart. It promotes the paperback release of the book and has the two crazy roommates going to Brooklyn Heights for a book club meeting. Click here to watch the Super Sad True Book Club video.

Speaking of actor/writer/(I could go on about all the possible ways to define him) James Franco, he had been admitted to the doctoral program at the UH Creative Writing Program for Fall 2011 and had deferred for a year. But earlier this week stories came out confirming that he will not attend. See the full story on Houston Chronicle Book Editor Maggie Galehouse’s Bookish blog. 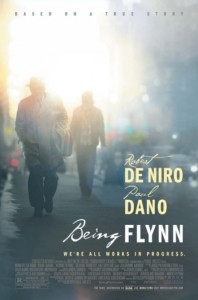 But don’t fret Houston, the UH Creative Writing Program students and faculty are still creating hot news to make us proud.  Faculty member Nick Flynn’s memoir Another Bullsh*t Night in Suck City has been made into a film starring Robert DeNiro, Paul Dano, Julianne Moore, and others. The memoir is poignant, captivating, honest, gritty, and exceptionally written. The film Being Flynn is an adaptation of the memoir, taking viewers into Nick’s experience of meeting his homeless father while he is working at a homeless shelter.  Read CultureMap.com’s interviewith Nick Flynn. The film is playing at Sundance Cinemas Houston, click here for showtimes. Congratulations Nick!