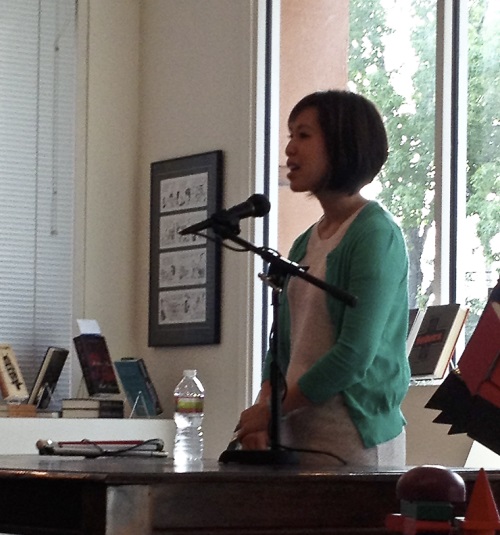 And I guess I was living under the assumption that only loudmouths are the right kind of people for reality television. Because when I heard that Christine would be taking a leave from the UH Creative Writing Program to compete on something called Master Chef, it struck me as — well, unlikely. 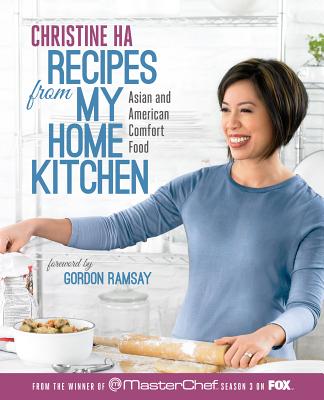 And wasn’t that the show with that British hothead who screams at people for overcooking lamb? How’s she going to handle that? That seemed so far away from the classroom where our professor provided historical context for Dickinson’s homiletic tropes and scholarly perspectives on her use of the dash.

Most English majors don’t, I guess, but Christine really didn’t strike me as the type to become a reality star.

But that’s what happened. As the show wore on, week to week, it started to seem more and more likely. She was going to win. Parties were thrown here in Houston to watch that week’s episode that someone had recorded. And I bragged to my brother, when he asked about the contestant from Houston, that I knew her, I had had a class with her, and didn’t that make me — something by proxy?

Still, it was weird to see Christine a few weeks ago at Brazos Bookstore, where she was promoting Recipes from My Home Kitchen, a kind of autobiographical cookbook she wrote after she won. Though the reading was to begin at 7 p.m., when I arrived at 6:30 there wasn’t a seat to be had, and I slouched down against the shelves near the rare books that are kept there under lock and key.

It was weird, because I like to confer superpowers on famous people. And it was weird to square the image I had of Christine with this new one of a competitive, inspiring, victorious superhero. She’s famous! And the things she was saying and the stories she was telling seemed to carry the oomph of her fame, and that gave her a kind of authority, and it was something to see her in command of that room, making us laugh, making us think, and you could tell that everyone there was rooting for her and that some of us were looking to her for more, for advice and wisdom, even, so that we might find our way the way she had. That’s a lot to ask of anyone, but there she was, doing it, and the no-nonsense determination that seemed to gird her responses was hard then to feel cynical about.

Besides, the way she tells stories you come to understand that her powers are normal. And many of them have come out of failure. She told us that, growing up, she didn’t know how to cook and was “probably a disgrace to most Vietnamese mothers” until she went away to college. And even then it wasn’t until she’d gained what she called “the freshman 19” eating food from the dorm cafeteria that she was motivated to pop into a used bookstore, buy some cheap cookbooks, and teach herself how to do it recipe by recipe. She used her roommates as tasters. They made faces, excuses not to have seconds.

She botched a lot of those recipes, she says. And that’s how she learned.

My guess is that Christine became a writer the same way. You keep failing, and you keep writing. You write stories or poems or essays that make your readers make faces and say, No, thanks, when you ask if they’d like to read something new that you’ve been working on. Christine’s cookbook has recipes, sure, but each is appended with an anecdote about where the recipe comes from, where she was when she first tasted the dish, why she prepares it the way she does. She gets downright nostalgic about clam chowder. And she gets Shakespearean about candied bacon.

She gets downright nostalgic about clam chowder. And she gets Shakespearean about candied bacon.

Telling more stories seems to be what’s next. Now that the show’s over, the cookbook’s done, a Houston restaurant’s in the works—and that master’s degree from UH is in the bag—Christine’s back to writing. A memoir, she said. Winning Master Chef was nice, she joked, but she’d like a Pulitzer, too.

Winning Master Chef was nice, she joked, but she’d like a Pulitzer, too.

One thought on “Christine Ha, the writer”