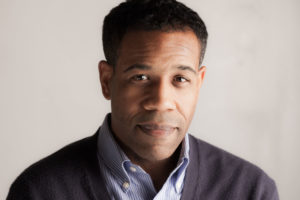 As we begin National Poetry Month today, Inprint presents Pulitzer Prize winning poet Gregory Pardlo Monday evening as part of the 2016/2017 Inprint Margarett Root Brown Reading Series. Here are five we should all be excited to come out and hear him!

Not only does Pardlo have geographical ties to Whitman’s Brooklyn and New Jersey—he and his family live in Brooklyn and he attended university and teaches in Camden—but Pardlo’s work is often rooted in a formally expansive Whitmanesque poetic in terms of structure and content. When Pardlo writes in the much published poem “Written by Himself,” “I was born across the river where I/was borrowed with clothespins, a harrow tooth,/broadsides sewn in my shoes,” one hears Whitman’s voice and walks through his same America.

Pardlo dropped out of college and spent several years working as a bar manager at Serengeti’s Café and Jazz Club, owned at the time by his grandfather. It was there that the poet met musicians serious about the craft of music making, which further stoked his desire to work with the music of language and become a poet. Love of music also runs in the family. Pardlo’s brother, Robby, is a Grammy-nominated hip-hop artist.

“Along the Yellow Brick Road”

In addition to his stint as a bar manager, Pardlo worked in a restaurant in Copenhagen, served in the Marines, and spent a number of years on the adjunct teaching circuit. He credits the discipline learned in the military with preparing him for his commitment to a lifetime of learning. During his tenure as bar manager, Pardlo was urged to return to school. And he did. He took a poetry class at Rutgers-Camden and from that point forth his poetry path was set into motion. 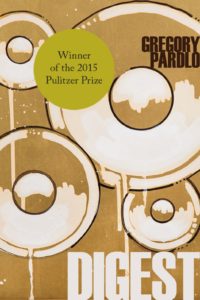 Digest is filled with mock critical work and prose and reveals his real-life interest in expanding the scope of his writing. Pardlo, who received a Master of Arts in poetry at New York University, is currently earning a Master of Fine Arts in nonfiction at Columbia University and a doctorate in English at the Graduate Center of the City University of New York. His memoir, Air Traffic, detailing the consequences of the 1981 air traffic controller strike on his family, is forthcoming from Knopf. The poet has also translated the works of Danish poet Niels Lyngso in the book Pencil of Rays and Spiked Mace: Selected Poems. For Pardlo, translation provided a wider perspective from which to enter into his own work.

“Thank you, but no thank you”

The poet is no stranger to the rejection most writers go through. Five years before the Pulitzer, major presses had no interest in Digest. The collection was eventually published in 2014 by Four Way Books. Pardlo’s Pulitzer win was a pleasant surprise to more than a few in the writing community simply because the poet didn’t fit the unspoken “famous writer” qualification attached to most who have won one of world’s largest literary awards.