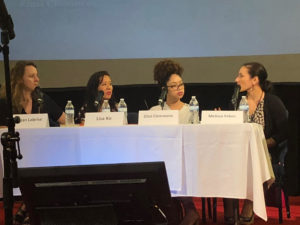 Before she was the 43rd FLOTUS, Laura Bush was a young Texas librarian with a tobacco habit and a smart mouth. And so it follows that in 1995, when she was First Lady of Texas, she founded the Texas Book Festival. The free, weekend-long event once took place entirely in the Texas Capitol, but in years hence it’s spilled out on to Congress Avenue and nearby church sanctuaries and ballrooms—venues which pass for public spaces around these parts. This year students from the UHCWP, Inprint fellows all, served as volunteers at the festival and readers at the evening Lit Crawl, while taking in two days’ worth of panel discussions by authors from across the literary spectrum. 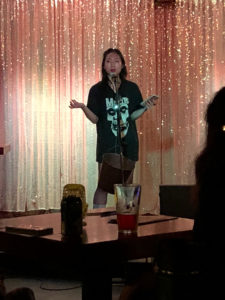 A few highlights of the 2017 Texas Book Festival, which took place earlier this month: 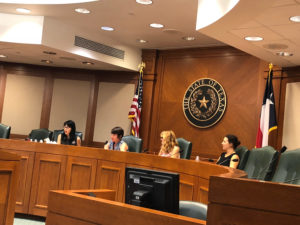 The festival is free, and it’s always a great time. If you go, consider these tips:

Jenny Staff Johnson is a second year MFA candidate in fiction at the University of Houston. A longtime journalist, she realized it wasn’t too late to jump the fence and start writing fiction after attending numerous Texas Book Festivals.