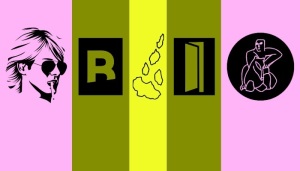 ERIKA: What can an attendee expect from Indie Press Night? What’s on the program?

BEN: For this event, editors from five different independent publishers (Archipelago, New Directions, Open Letter, Restless Books, Tyrant Books) will gather to drink beer, eat snacks, and talk with attendees about upcoming releases. Will there be hobnobbing? You bet. Networking? Duh. Jump rope? No. As ever, we’ll have books for sale—but wait (as they say), there’s more! The publishers will have some giveaways and prizes too. So basically, attendees can expect, to paraphrase Mark Twain, a hella wicked time.

ERIKA: How might attending this event satisfy a New Year’s resolution?

BEN: Come meet some editors—and then, years later, when you run into them at AWP (Association of Writers & Writing Programs Conference) as you hunt around for a home for your novel in which somebody walks and thinks for 200 pages…well, maybe the editor will remember your name! So if your New Year’s Resolution is to get a book published (or at least get a personalized “no”)—but I guess I shouldn’t make any promises. Just come!

ERIKA: What are some newly-released books from these presses that you are most excited about?

ERIKA: How did this event come to fruition?

BEN: The editors contacted us about making a Houston stop on a Texas tour they’re doing, visiting bookstores and talking about books. Of course, we like talking about books here—and moreover, we’ve built relationships with these presses and editors, making friends with people like Chad Post (Open Letter) and Jeff Waxman (Tyrant Books) at conferences. Publishing is a small world, and happily for us, an event like this feels mostly like an opportunity to see close friends.

ERIKA: Both you and Mark Haber (Brazos sales floor manager and recent recipient of one of James Patterson’s bookseller holiday bonuses) have books either published or forthcoming by indie presses—can you expound on your loyalty to this type of publishing, as authors?

BEN: Honestly, I think nearly every young writer needs to get familiar with and loyal to some indie presses: they’re doing a lot of the great work of finding new talent these days. As a novelist, I know that my strange novel found a home with an indie press (Unnamed) that seems to really care about the book and also care about my future potential (little do they know…). And of course, if you’re a poet, where are you going to publish your debut (or, hell, your thirtieth) collection if not with an indie press? Generally speaking, I think they’re doing a lot of the really vital work of publishing.

ERIKA: Are there any Houston connections to the plethora of goodies that will be available?

BEN: On January 12, Brazos is hosting an event with Clancy Martin, whose novel Bad Sex came out last year from Tyrant Books. This might be the strongest connection: these presses regularly send their authors through Houston, often at great financial expense, so let’s show the editors a good time. We want the writers to keep coming back!