On Monday we are thrilled to be presenting George Saunders as part of the 2013/2014 Inprint Margarett Root Brown Reading Series. Tickets for his reading sold out very quickly and those who don’t have tickets are kicking themselves for not buying tickets sooner. So what is it about George Saunders that makes him for so many people the writer of the moment? 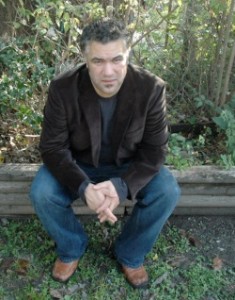 We thought it would be best to ask Mat Johnson a few questions. Mat is the author of the novels Pym, Drop, and Hunting in Harlem; the nonfiction novella The Great Negro Plot; and the graphic novels Incognegro and Dark Rain. He’s a faculty member at the UH Creative Writing Program and will be conducting the on-stage interview of Saunders on Monday night. A big thanks to Mat for taking the time to talk to us.

Inprint: What was the first thing you read by George Saunders?

Mat Johnson: Pastoralia. It was one of those books that everyone told me I should read because it was so brilliant, and I assumed by that they meant it’s boring-but-smart-enough-that-you-blame-yourself. I bought it, put it off for a while, then when I finally picked it up, I kicked myself for not doing so sooner. It is a great thing when something lives up to its hype, and even surpasses it. This book did that for me. Not just smart and original, but entertaining, engaging. 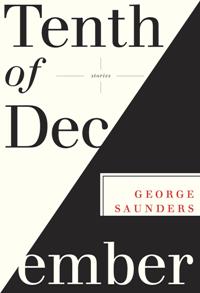 Inprint: We are getting bombarded with requests for tickets to Saunders’ reading. What is it about George Saunders’ writing that gets people so excited about his work?

Mat Johnson: That’s hard to say. I enjoy his work immensely, but there are other writers whose work I enjoy immensely who have a hard time attracting a handful of people for a reading. I think it has to do with Saunders being a great writer who’s also remarkably in sync with the concerns of his historical moment. Saunders’ work feels like it will be timeless, but it also speaks directly to the concerns and anxieties of society at this time. It’s also work that, while being very sophisticated, is also accessible, and enjoyable on many levels.

I think it has to do with Saunders being a great writer who’s also remarkably in sync with the concerns of his historical moment. Saunders’ work feels like it will be timeless, but it also speaks directly to the concerns and anxieties of society at this time.

Inprint: Which George Saunders book is your favorite and the one you would recommend to people?

Mat Johnson: I recommend them all. At the moment, Tenth of December, but my preference is only because that is his latest. This is a writer in his creative prime; it’s exciting to read what is coming out of this moment.

Inprint: Are there any questions you are dying to ask him on Monday?

Mat Johnson: It’s really hard to ask writers questions that haven’t been asked dozens of times before, and that actually makes it even harder for them to answer honestly; it starts triggering a set response. To prepare for interviews, in addition to reading everything I can, I like to find their earlier interviews just to know what not to ask again. I usually keep a set list of questions on hand, but I think the best interviews come out of conversation. So I’m dying to let that conversation begin in general, and see where it goes.