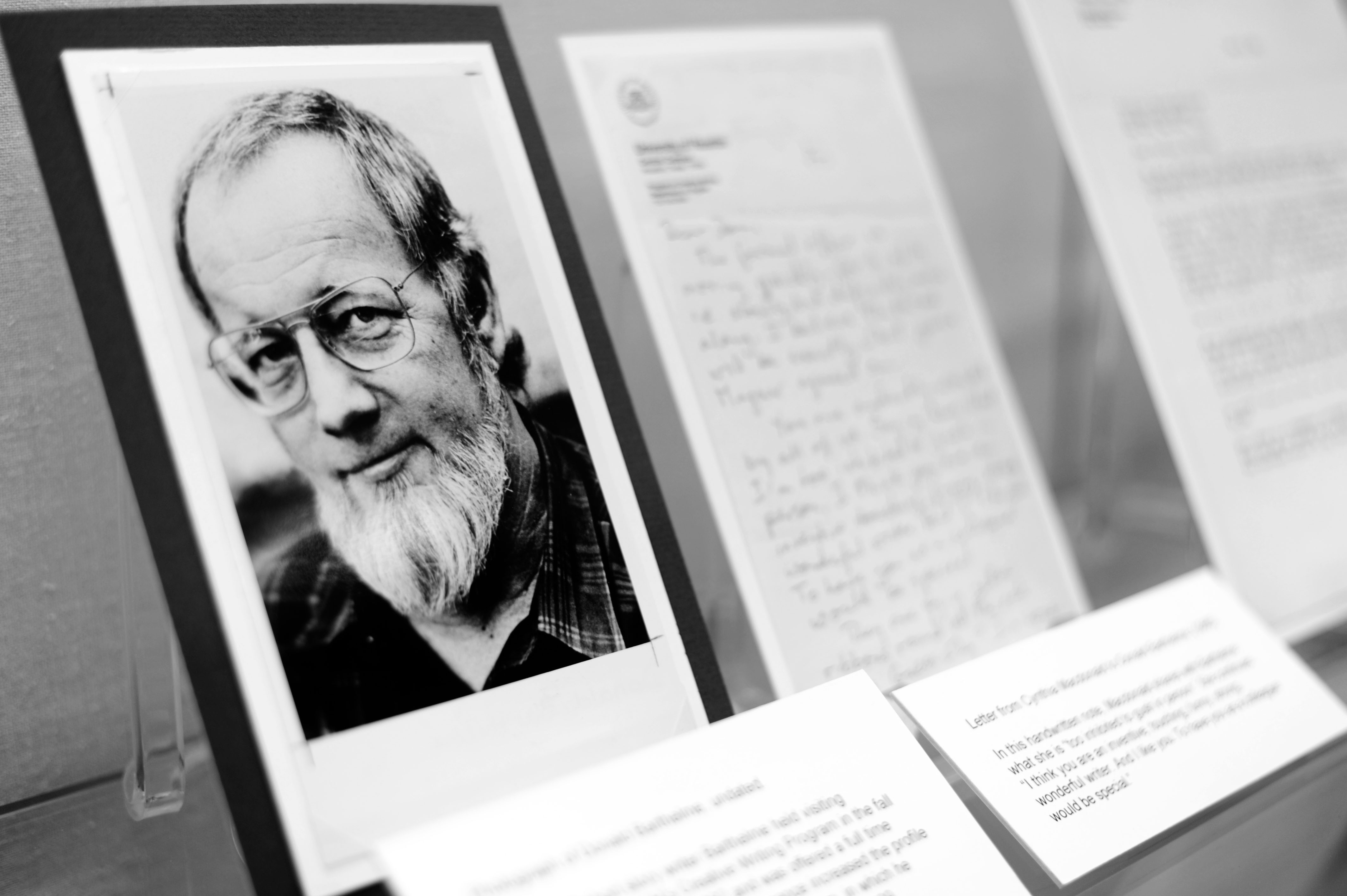 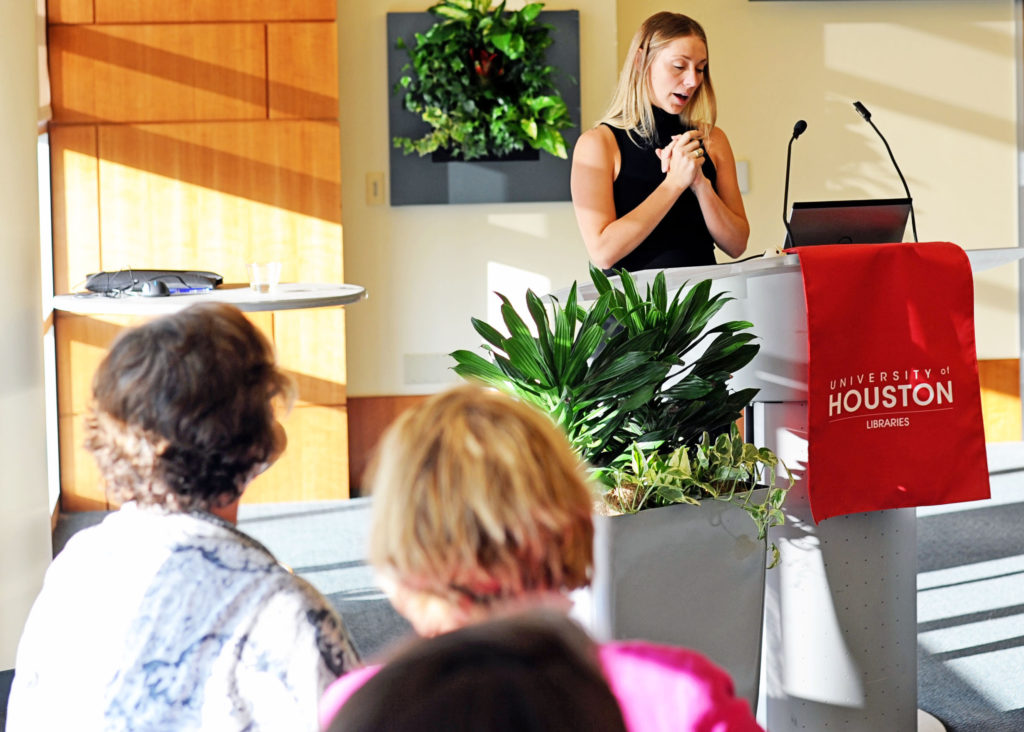 Katharine Barthelme speaks at the reception for Storied:The First 10 years of the Creative Writing Program.

Attendees on Wednesday enjoyed wine and light bites as librarians Julie Grob and Mary Manning spoke with passion about putting the exhibit together. Katharine Barthelme, daughter of Donald Barthelme, also spoke and expressed her gratitude for the continuation of her father’s legacy through UH. 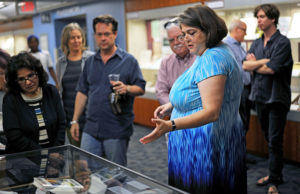 UH librarian Julie Grob shows a group some of the alumni works on display.

Afterwards, the librarians led guided tours of the exhibit on the first floor of the library. Some highlights include a photo of Cynthia Macdonald by Annie Leibovitz that appeared in Life Magazine, a letter to Donald Barthelme from close friend Susan Sontag, original collages by Donald Barthelme, and recordings of UH faculty Martha Serpas and Roberto Tejada reading works by founding faculty members. 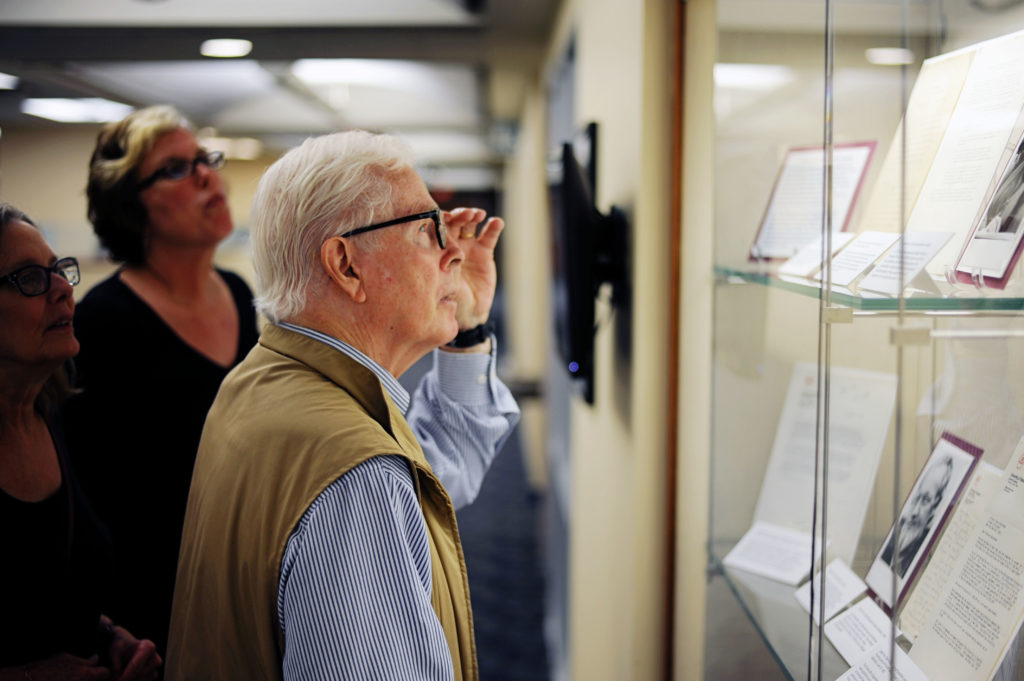 UH faculty John McNamara takes a closer look at the materials on display.

One thought on ““Storied” Exhibit Opens at UH Libraries”