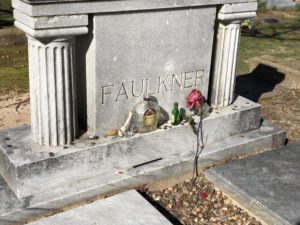 Houston author Chris Cander’s “Dispatches from Book Tour,” a multi-week blog series of reflections and updates along her 17-city U.S. book tour for her new novel The Weight of a Piano (published by Knopf), continues with Dispatch 7 from Mississippi to Tennessee. 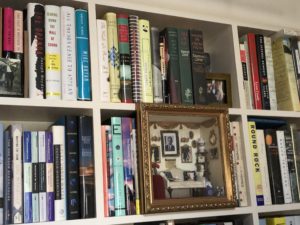 My new friend and sales rep Jess Pearson and I made a pilgrimage to William Faulkner’s grave before starting our road trip from Oxford, Mississippi to Nashville via the peaceful, historical Natchez Trace Parkway. It was a long drive, so we stopped in Collinwood for a cup of coffee and some sugar-free fudge, and then at my editor Gary’s house in Franklin, where I got to see The Weight of a Piano lined up alphabetically next to Peter Carey and Raymond Carver and others on the wall of shelves containing all the books he’s ever edited. Swoon. END_OF_DOCUMENT_TOKEN_TO_BE_REPLACED 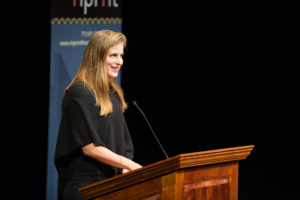 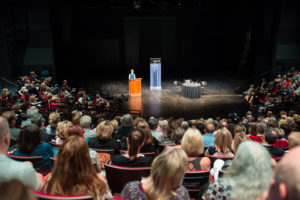 Groff introduced her reading by describing the composition of Fates and Furies, which examines a marriage from husband Lotto’s perspective before we hear from his wife Mathilde. As moments and phrases leapt to mind, Groff says she darted from her desk to record them on butcher paper hung from the wall, one for each character. Her startling language and sharp sense of the absurd was a perfect complement to Ann Patchett’s reading, which featured a large cast of Benadryl-tripping, gin-stealing, gun-toting kids whose families have been recombined by their parents’ changed relationships. In her selected passage, they mistake their longing to spend summer at a nearby lake as the source of their dislocation and sorrow. END_OF_DOCUMENT_TOKEN_TO_BE_REPLACED