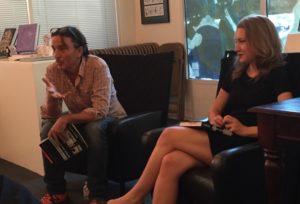 Radke then sat with Flynn, who asked about her role as an illustrator and a writer. She admitted that while she studied commercial art as an undergrad and creative nonfiction at the University of Iowa in graduate school, she essentially taught herself how to combine her two passions. As her project continued, she did her research. When Flynn asked which women comics she liked, she answered straightforwardly “every woman who’s ever been a comic” and touched the pop cultural history of comics as a boys’ club with women typically portrayed as “anatomically incorrect.” END_OF_DOCUMENT_TOKEN_TO_BE_REPLACED

Tuesday, August 14th at noon Inprint begins online registration for its Fall 2012 Writers Workshops. All of our writing instructors have been students in a workshop in the past, either at the university level, or in another format. We thought it would be fun to hear what they have to say about writing workshops and why they can be meaningful. Here, Allyn West, who will be teaching a Personal Essay workshop this fall, shares his insights. 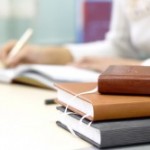 Do you want to know the secret to becoming a  writer? The one thing all writers everywhere want to know how to do?

But—then what? Unless you’re Zadie Smith or Junot Diaz, with major publishing houses clamoring even for your grocery lists, you will have all these pages and nothing to do with them, stumped by your questions about them. Are they any good? And how can I turn them into something—more? END_OF_DOCUMENT_TOKEN_TO_BE_REPLACED