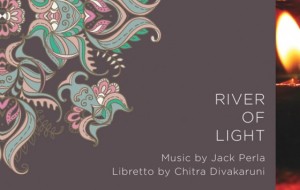 As part of its Song of Houston: East + West series, HGOco is presenting River of Light with the libretto written by Houston writer Chitra Divakaruni. Amongst the literary community here, Chitra is a household name. Chitra, an American Book Award winner and faculty member at the UH Creative Writing Program, is the author of novels, short stories, and poems, including her latest novel Oleander Girl. END_OF_DOCUMENT_TOKEN_TO_BE_REPLACED 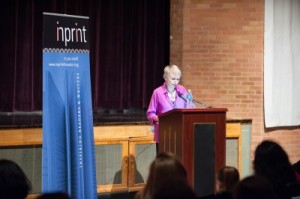 Reading The Dark is Rising changed me. I was eleven years old, and I lived in Amarillo, a town known more for its empty vistas, feedyards, and tourist trap steakhouses than for its depth and mystery. In Amarillo—Houstonians, hold onto your seats, please—in Amarillo, it snows. Blizzards, even, slam down from the Rockies and beat the whitening world with a fury that seems like it will never cease. But, no highways shut down, no schools close. Amarilloans go about their merry way, as if they were Minnesotans.

So, being from Amarillo, snow was just snow until I read Susan Cooper’s The Dark is Rising. Afterward, snow was different, and so was everything else. Now, when I looked out at a white world, I sensed intense magic. And, when a frayed net of blackbirds dropped down into an elm, I glimpsed Will Stanton’s rooks, and I remembered, as in The Dark is Rising, that in every moment we are capable of great good and great evil. I remembered that there is a battle going on, and our actions matter.

And, so, it was with a flushed and reckless joy that I awaited the day that Susan Cooper was going to tell us about her new book Ghost Hawk at Inprint’s Cool Brains! reading. The weather that Sunday was gray and ominous, as is the weather in Susan Cooper’s books. As we waited for her to come to the podium, our anticipation of a cold front magnified the anticipation in the auditorium. END_OF_DOCUMENT_TOKEN_TO_BE_REPLACED