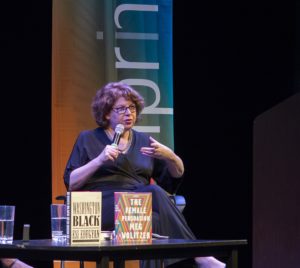 After their readings—alternately funny, exciting, poignant, and wise—the authors sat with former Poet Laureate of Houston Robin Davidson, who invited them to share about their process and the timely thematic concerns of both novels. END_OF_DOCUMENT_TOKEN_TO_BE_REPLACED