29
May ‘15
by Caroline Leech
TAGS
Comments 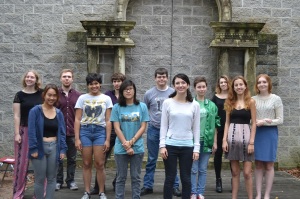 This week saw the emergence into the wider literary world of the first graduating class from the four-year Creative Writing program at the High School for the Performing and Visual Arts (HSPVA).

When Judith Switek was appointed Director of Creative Writing in 2010, she also took on the challenge of designing the new writing curriculum. 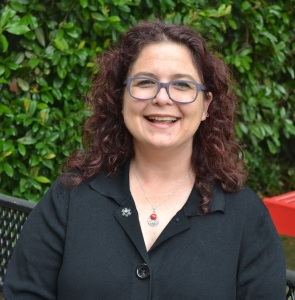 “I went to visit a couple of other fine arts schools,” she says, “and of course, I talked to the other art form department chairs at HSPVA to see how their programs were structured. For example, for the first two years in Art, they give the students a taste of lots of different styles. Then as juniors and seniors, they can decide what they want to focus on. I knew I wanted to do that with my program too. I studied playwriting at NYU without ever having written a play before, but if I’d never had the chance to try playwriting, I would never have known how much I loved it. This way, the kids are able to try everything out and see what they feel strongest in.

“Once they get to their junior and senior years, they can choose from three advanced workshop classes – poetry, dramatic writing and fiction. Although there is some craft instruction in there, the program is definitely workshop-based, meaning the kids bring in their work to be critiqued by their classmates.”

So, as the graduation cheers fade, did the course live up to the students’ expectations? 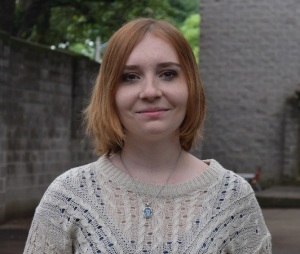 “I came from public school in Cy-Fair, and I was terrified. People were just running around doing art,” says senior Audrey Griffin, who will be heading to the University of Texas after the summer, with hopes of becoming a cinematographer. “I didn’t come into this with any real expectations, but there were so many things we had to figure out because we were doing the class for the first time. I guess that’s why one of the most important things I learned here was to speak my mind about how I think things should be done and to take charge of my own learning experience.”

“I came from public school in Cy-Fair, and I was terrified. People were just running around doing art,” says senior Audrey Griffin, who will be heading to the University of Texas after the summer, with hopes of becoming a cinematographer. 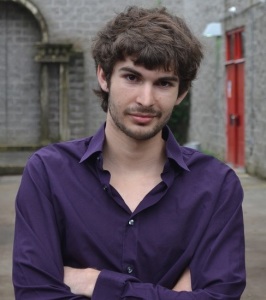 “I went to a Montessori school, so everything was new to me, but I was allowed to push for what I wanted to learn and experience. It has been great to have a lot of open-ended assignments and projects, because we’re allowed lots of time to sit in the library to work, which for me was very conducive to my writing. Then we could sit down in a workshop and have other people tell us what they liked or didn’t like, what was working and what wasn’t. That’s what made it great for me.”

Matthew is not only a writer, but a musician and a scientist too. He will take up a place at the prestigious Shepherd School at Rice University in the fall, studying music and ecology. He is adamant that his time in the Creative Writing program at HSPVA has been valuable preparation for both subjects.

“My dream is to write an opera, so being able to understand story structure and how words work is valuable knowledge. As a scientist too, I personally believe that everyone should go through a course like this, or at least read fiction in one class, because that’s such an important thing in terms of developing human empathy. When you are reading or writing, you get to look at other people’s experiences, and even though it is contrived on a page, you get to understand what it’s like to be a different human being. That to me is so important for a scientist or doctor.”

As a scientist too, I personally believe that everyone should go through a course like this, or at least read fiction in one class, because that’s such an important thing in terms of developing human empathy.

Although only half of the fourteen seniors will be continuing in creative writing or a related art form at college, Judith Switek is confident that the years at HSPVA will not have been wasted, even for those heading into other disciplines like science or business.

“Learning creative writing, and indeed studying any of the arts in any school, is so important because you learn how to think and look at the world in a different way. You get to the root of a problem in a creative way, and of course, having strong writing skills will help everyone in their career. Sadly, arts funding is often the first to be cut because people don’t understand the value of the skills learned beyond that one class, and that is a real crime in our education system.”

Learning creative writing, and indeed studying any of the arts in any school, is so important because you learn how to think and look at the world in a different way.

As one of the most oversubscribed art forms in HSPVA for the coming year’s intake – over 200 applications for only 20 places – Creative Writing is clearly flourishing. And with a new HSPVA building currently under construction in Downtown Houston (at Caroline and Austin), the creative writers will no longer have to camp in a temporary building in the back parking lot or work in any free corner they can find, sharing space with rehearsing violinists, actors or ballet dancers. They will instead have their own suite of classrooms, though Judith Switek is sure they will not always shut themselves away behind closed doors.

“The new building will certainly mean we can all be in one area, but the kids don’t seem to need peace and quiet to write. They thrive on the noise of the other students because to them, it is more energy than noise. When we are in the new building, I am sure I will be sending them out to other areas, to the big windows overlooking the dance studio, or to sit and listen to the orchestra rehearse. They need to watch other people move and listen to other people talk.

“There is a palpable creativity within the HSPVA building and to me, that’s really valuable as a writer.”