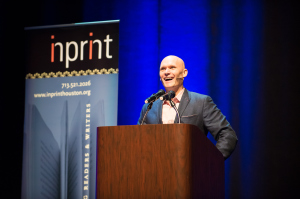 As Rich Levy introduced Doerr, he surprised me by saying Doerr would be reading from a short story—his 2011 Sunday Times EFG Private Bank Short Story Award Winner.  Doerr, who grew up in Cleveland, Ohio, has described himself as coming from a place where if you described yourself as a “writer,” you would be called “precocious or pretentious.”  Doerr, who is likeable and easy-going, certainly is not pretentious.  But he sure can write.  END_OF_DOCUMENT_TOKEN_TO_BE_REPLACED